As its name suggests, TGrid is a useful framework for implementating Grid Computing in the TypeScript. With TGrid and its core concept Remote Function Call, you can make many computers to be a virtual computer.

To know more, refer below links. If you are the first comer to the TGrid, I strongly recommend you to read the Guide Documents. In article level, Basic Concepts and Learn from Examples sections would be good choices. 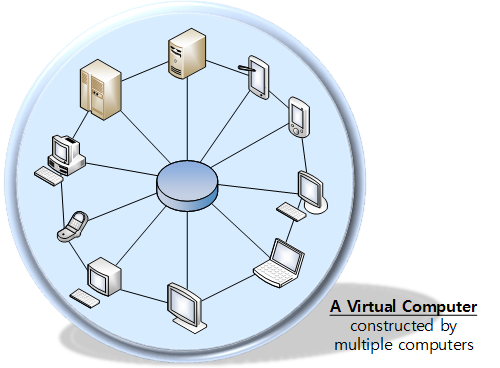 Computers be a (virtual) computer

Therefore, within framework of the TGrid, it must be possible to develop Grid Computing System as if there has been only a computer from the beginning. A program running on a single computer and another program runninng on the Distributed Processing System with millions of computers, both of them must have similar program code. It's the real Grid Computing.

Do you agree with me?

Anyone can easily make a network system.

It's difficult to make network system because many of computers are interacting together to accomplish a common task. Therefore, the word 'perfect' is inserted on every development processes; requirements must be analyzed perfectly, use-cases must be identified perfectly, data and network architectures must be designed, perfectly and mutual interaction test must be perfectly. 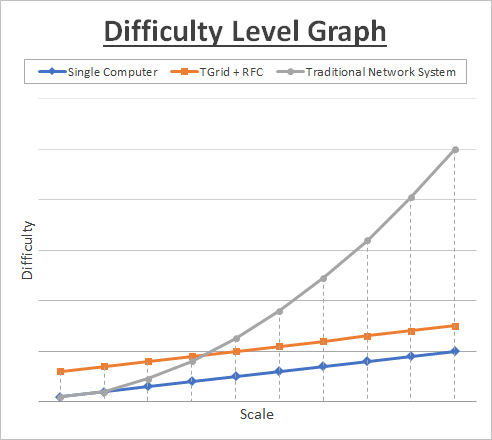 Thus, you can make a network system very easily if you use the TGrid. Forget everything about the network; protocolcs and designing message structures, etc. You only concentrate on the Business Logic, the essence of what you want to make. Remeber that, as long as you use the TGrid, you're just making a single program running on a single (virtual) computer.

By compilation and type checking, you can make network system safe.

When developing a distributed processing system with network communication, one of the most embarrassing thing for developers is the run-time error. Whether network messages are correctly constructed and exactly parsed, all can be detected at the run-time, not the compile-time.

Let's assume a situation; There's a distributed processing system build by traditional method and there's a critical error on the system. Also, the critical error wouldn't be detected until the service starts. How terrible it is? To avoid such terrible situation, should we make a test program validating all of the network messages and all of the related scenarios? If compilation and type checking was supported, everything would be simple and clear.

Thus, with TGrid and Remote Function Call, you can adapt compilation and type checking on the network system. It helps you to develop a network system safely and conveniently. Let's close this chapter with an example of Safey Implementation.

Critical changes on network systems can be resolved flexibly.

In most case of developing network distributed processing system, there can be an issue that, necessary to major change on the network system. In someday, neccessary to refactoring in network level would be come, like software refactoring.

I'll explain this Network Refactoring, caused by performance issue, through an example case that is very simple and clear. In a distributed processing system, there was a computer that providing a calculator. However, when this system was actually started, amount of the computations was so enormous that the single computer couldn't afford the computations. Thus, decided to separate the computer to three computers.

If you solve this Network Refactoring by traditional method, it would be a hardcore duty. At first, you've to design a message protocol used for neetwork communication between those three computers. At next, you would write parsers for the designed network messges and reprocess the events according to the newly defined network architecture. Finally, you've to also prepare the verifications for those developments.

Things to be changed

However, if you use the TGrid and Remote Function Call, the issue can't be a problem. In the TGrid, each computer in the network system is just one object. Whether you implement the remote calculator in one computer or distribute operations to three computers, its Business Logic code must be the same, in always.

I also provide you the best example for this performance issue causing the Network Refactoring. The first demonstration code is an implementation of a single calculator server and the second demonstration code is an implementation of a system distributing operations to three servers. As you can see, although principle structure of network system has been changed, you don't need to worry about it if you're using the TGrid and Remote Function Call.

With TGrid, you can develop Blockchain easily.

It's a famous story that difficulty of developing blockchain is very high. Not only because of the high wages of the blockchain developers, but also from a technical point of view, blockchain is actually very difficult to implement. But, if you ask me what is such difficult, I will answer that not Business Logic but Network System*.

The Network System used by blockchain is a type of great distributed processing system, conostructed by millions of computers interacting with network communication. The great distributed processing systems like the blockchain always present us the tremendous difficulties. The word 'perfect' is inserted on every development processes; requirements must be analyzed perfectly, use-cases must be identified perfectly, data and network architectures must be designed, perfectly and mutual interaction test must be perfectly.

On contrary, Business Logic of the blockchain is not such difficult. Core elements of the blockchain are, as the name suggest, the first is 'Block' and the second is 'Chain'. The 'Block' is about defining and storing data and the 'Chain' is about policy that how to reach to an agreement when writing data to the 'Block'.

Let's assume that you are developing the 'Block' and 'Chain' as a program running only on a single computer. In this case, you just need to design the data structure and implement code storing the data on disk. Also, you would analyze the requirements (policy) and implement them. Those skills are just the essentials for programmers. In other word, Business Logic of blockchain is something that any skilled programmers can implement.

Thus, if you adapt the TGrid and Remote Function Call, difficulty of the blockchain development would be dropped to the level of Business Logic. Forget complex Network System and just focus on the essence of what you want to develop; the [Business Logic](appendix/blockchain.md.

With TGrid, you can procure resources for Grid Computing from unspecified crowds, very easily and inexpensively.

When composing traditional Grid Computing, of course, many computers should be prepared. As the number of computers required increases, so does the infrastructure and costs associated with procuring them. Also, you've to install programs and configure settings for the network communication on the prepared computers. Such duties increase your efforts and let you to be tired. Is it so nature?

Base language of the TGrid is TypeScript and compilation result of the TypeScript is the JavaScript file. As JavaScript is a type of script language, it can be executed dinamiccaly. Therefore, the Supplier can execute the program by script code delivered by the Consumer. 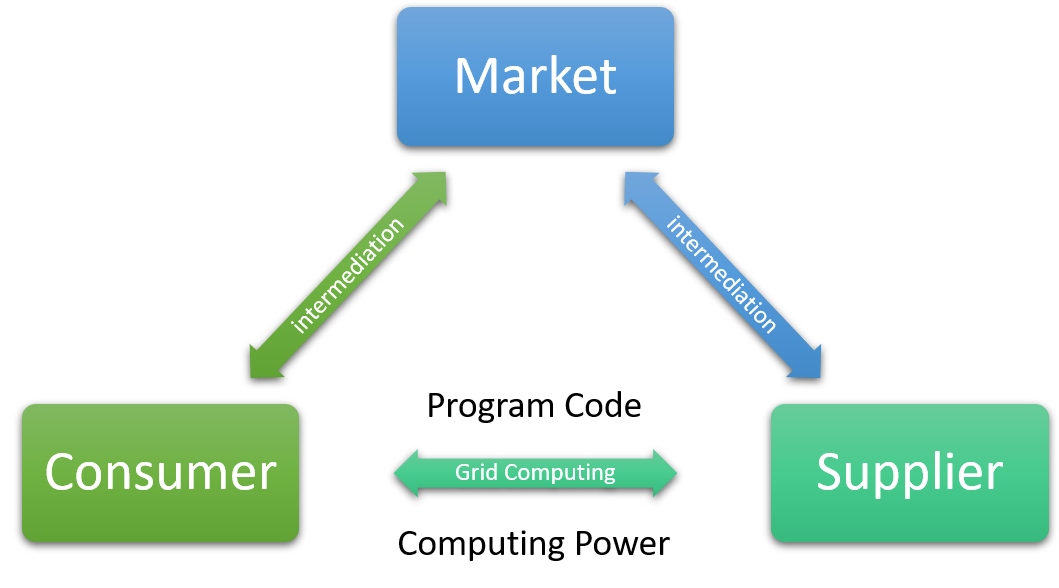 Grid Market is one of the most typical example case for the Public Grid, a demo project for tutorial learning. In this demo project, Consumer also procures resources from the Suppliers for composing the Grid Computing system. Supplier also provides its resources just by connecting to the special URL by Internet Browser, too. Of course, in the Grid Market, the program that Supplier would run still comes from the Consumer.

However, there's a special thing about the Grid Market, it is that there is a cost for the Consumer to procure the Suppliers' resources. Also, intermediary Market exists and it charges fee for mediation between the Consumer and Supplier.

The Grid Computing market would be grown up day by day.

The future belongs to those who prepare. Prepare the future by TGrid and Remote Function Call. Also, I hope you to hold some changes from the future.